Our Trip Up North 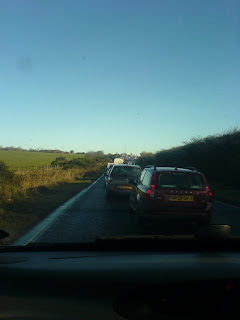 We started out on our journey from Cornwall early in the morning, it usually takes us about 6 hours to get up to Stoke-on-Trent, where our folks live. There is one main road which cuts through Bodmin Moor & Devon before joining the motorway to head north. Unfortunately, there was black ice up near the Jamaica Inn, which had caused several accidents that morning, so the police closed both carriageways...
We decided to detour & take the small lanes through the moorland villages & so our journey out of Cornwall doubled in time, as we met with more treacherous icy conditions. 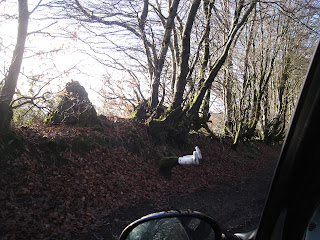 Although it was a bit hairy at times, it was a beautiful morning & at least we got to see sights like this -
If you can't make it out, it's a natural tree root feature that has been decorated with white wellington boots! 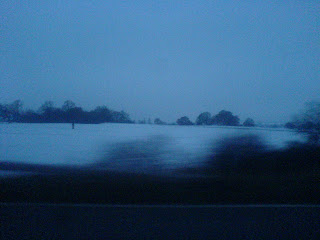 Several hours later, we were nearing our destination & got our first glimpse of snow on the fields by the motorway, just outside of Birmingham. 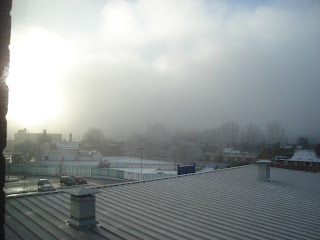 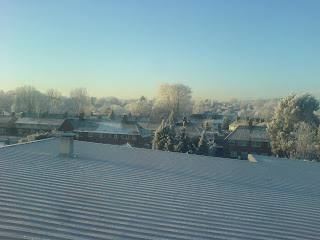 The delightful view from our hotel room... We arrived in the dark & woke to freezing fog the next day, but the following day was a lot brighter! 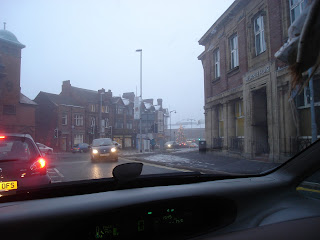 Stoke-on-Trent is made up of six towns - Stoke, Hanley, Burslem, Tunstall, Fenton & Longton. This photo is of Burslem town centre, they are all quite drab places & the whole city is very depressed. The Pottery industry is all but gone & the coal mines have long closed down, but amazingly - it is one of the most friendliest places in the UK. People always have time for a chat & will 'brew up' (make cups of tea) when you visit. 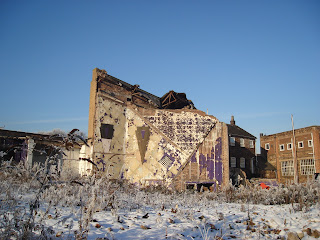 This is all that remains of the "Essoldo Cinema" in Hill Street, Stoke. It was locally known as the "Danilo", Sime saw lots of films here when he was young, later it was converted into a bingo hall. You can still see some of the decoration from inside the theatre. 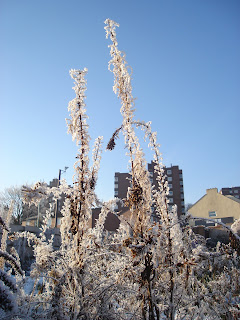 Nature reclaiming the land around the disused cinema... 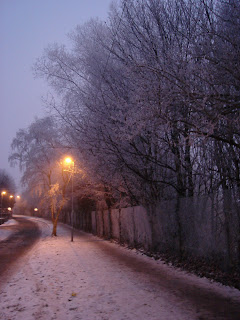 The road near Bebe's, the snow & frost made everywhere look really pretty! 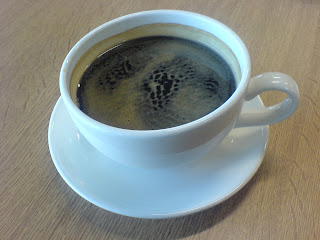 My holiday treat!
I started drinking coffee this year, after years of mainly herbal teas & cereal drinks. My favourite is Americano & it's just nice to do now & again...
The trip was very productive, Bebe is all settled with her new care packages & we're happy to have put faces to names. We even sorted out a new flat screen TV for her, as the signal is about to change from analogue to digital soon.
Nice to catch up with family & friends, but as usual it all went too quick & before we knew it we were on our way home!