A Few Days Away

on February 26, 2011
We're heading North tomorrow for a few days.
Bebe needs our assistance with a few things & we heard today that my Uncle has died - who we were going to be visiting while there.
I feel bad that we didn't speak to him as often as we should have & that he died on his own, though it would have been the way he wanted it - at home, in his sleep & without any fuss!
He lived in the same house for over 75 years, with his parents until they died back in the 70s & he was quite a character - had lots of friends, but never wanted to settle down.
His next-of-kin is my estranged Mother - who'll be coming over from her home in the states, so difficult times ahead...
Anyway, on a lighter note - here's some photos from yesterday: 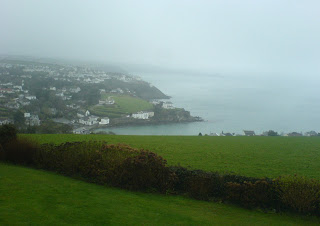 Portmellon Bay from one of the properties we look after.
(My camera phone always makes grass seem very green)
After work, it was a quick bite to eat & then out to see Sime playing with his band again... 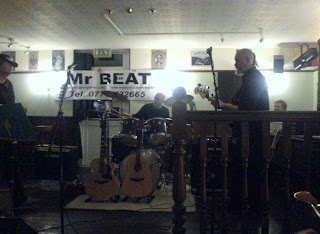 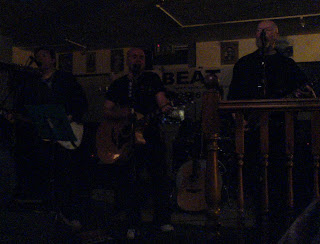 In action, before the dancing begins... 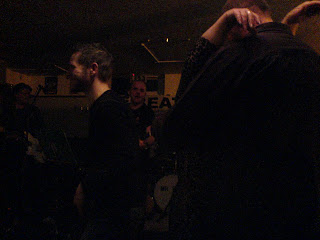 There are some great characters at this pub, who give us outsiders a real giggle! 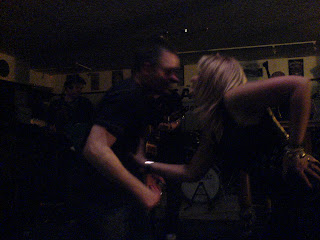 These are two of them! 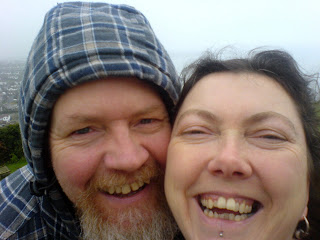 Have been informed by Captain Sensible that it's time to prepare for our trip...
Early start in the morning!
Kay :)
Bebe Death Music Work

Pattypan said…
[hugs] so sorry for your loss. I hope things can go as well as they can for you and yours.

Just Humans Being said…
Thanks guys.

My Uncle said he was ready to go when we visited at Christmas, he said we shouldn't be sad as he's had a good life!

We're still waiting to hear what's happening - the coroner is investigating his death...