July 06, 2014
The end of the Lotschental Pass...
It was such a hot day, so we sensibly waited until late afternoon to get out walking. 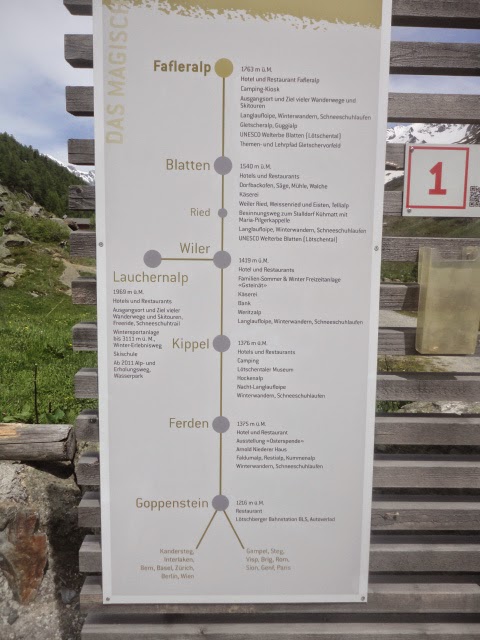 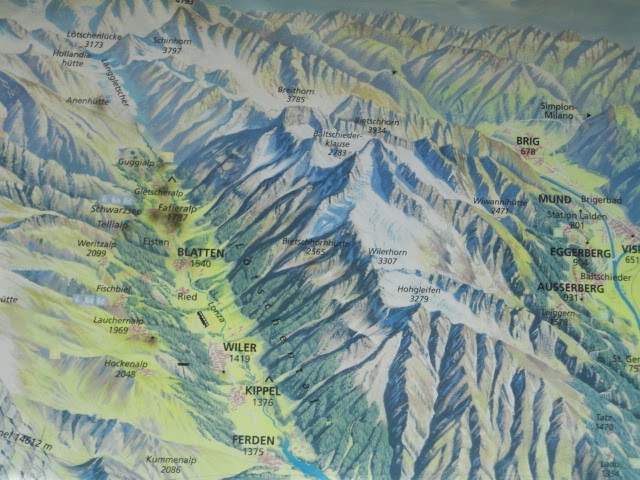 We had gone as far as we could in the car & we really wanted to see if we reach the snow. 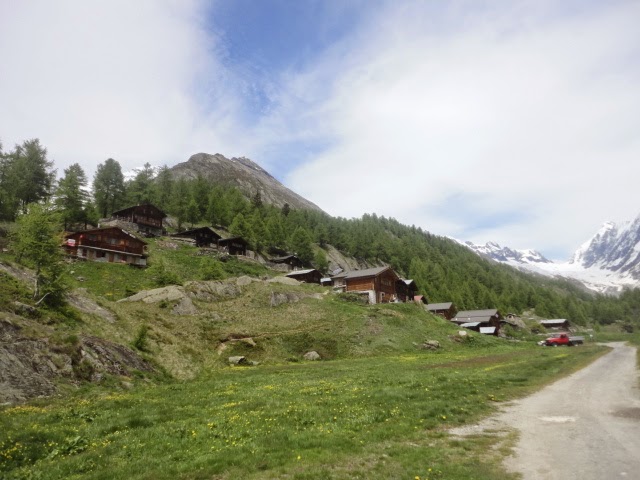 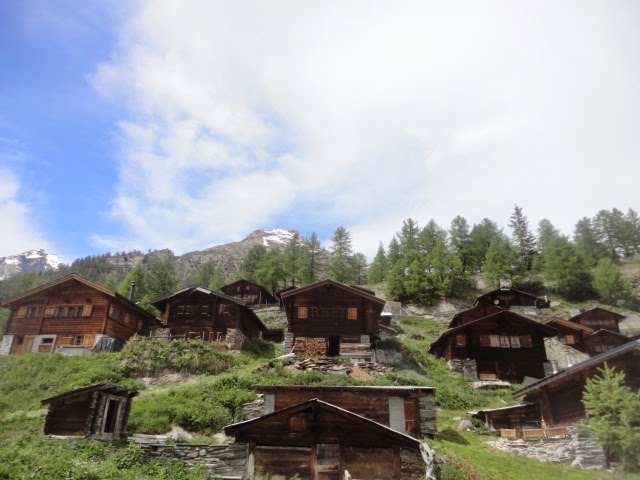 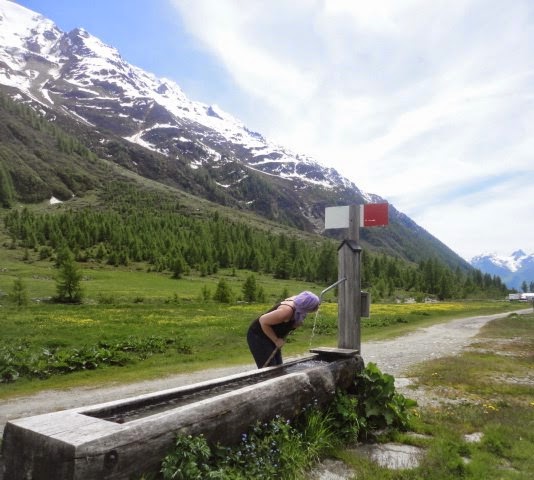 These troughs are dotted all around the mountains - the water tastes really good & is ice cold! 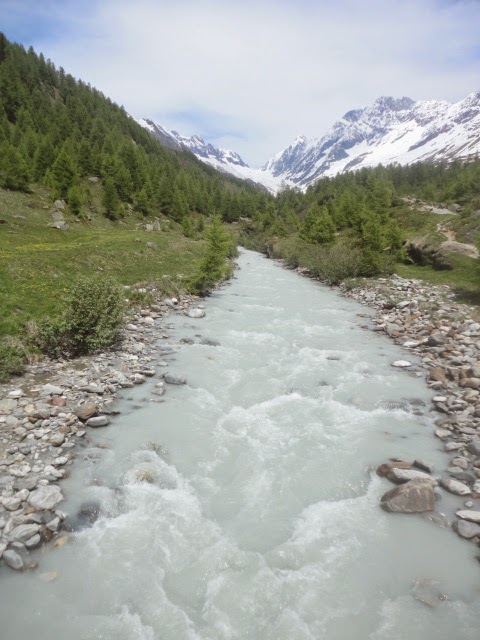 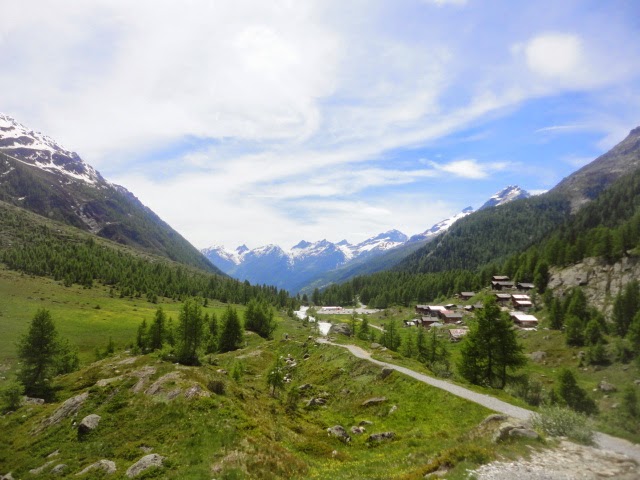 Looking back towards the opposite end of the pass. 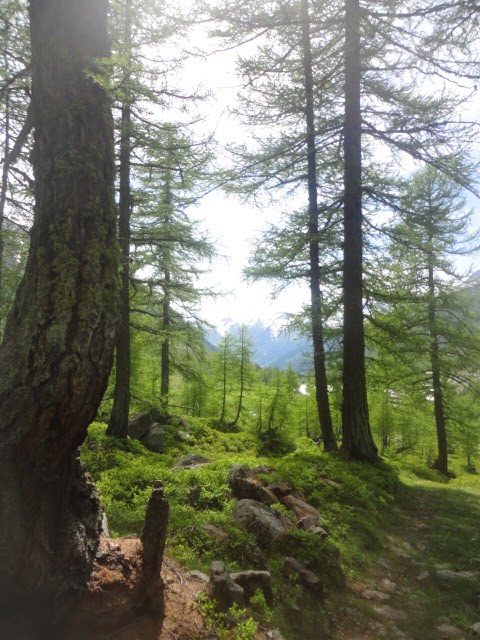 There was a choice of paths - we chose to get into the woodland for some shade. 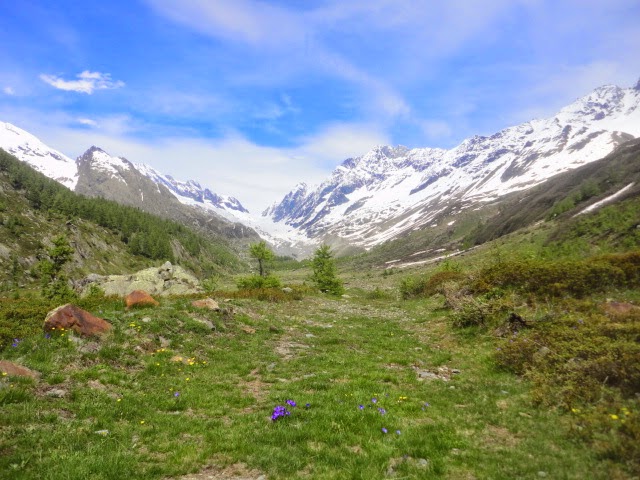 Out the other side of the woods...

We found out later that it had been over 30 degrees again, no wonder we were feeling hot...
So much so that we abandoned the idea of trying to reach the snow. 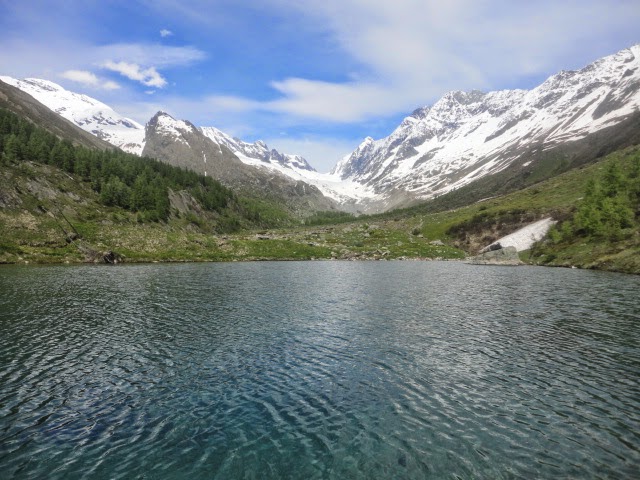 Instead we dipped our feet into this freezing lake & enjoyed the view... 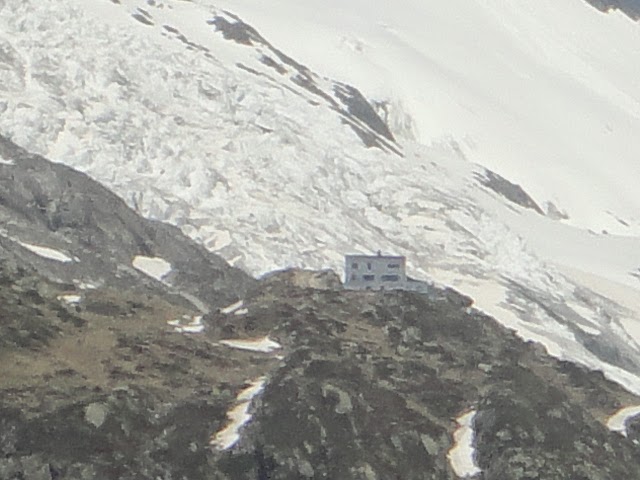 And spotted this building, which we discovered is Anenhuette - an ugly, but eco-friendly hostel.
We intended on returning to visit it, but ran out of time - so we definitely have to go back! We only saw 2 other folks walking... Wonderful! 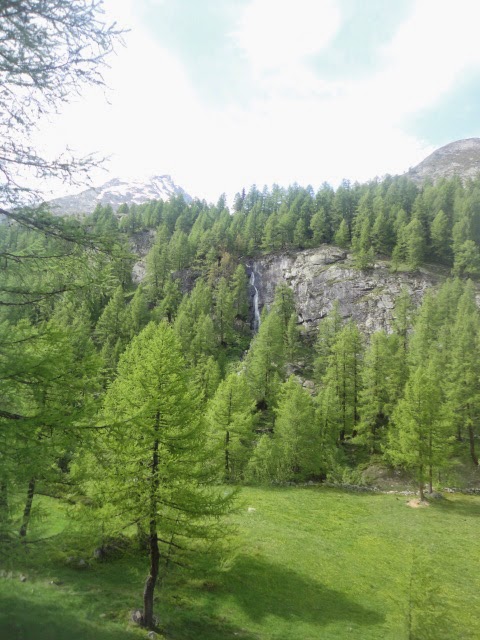 Heading back... Can you see the waterfall? 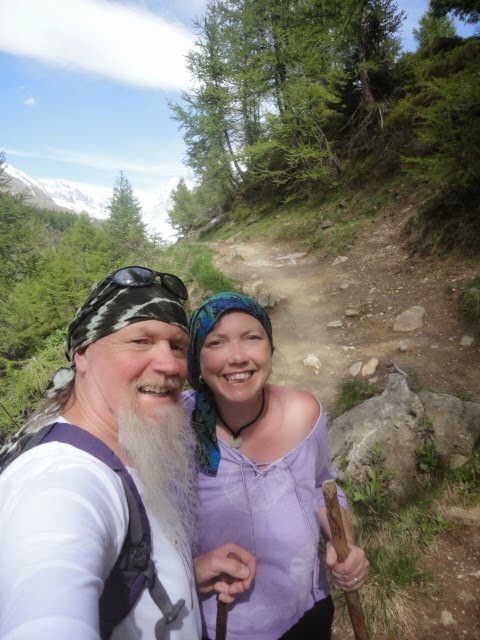