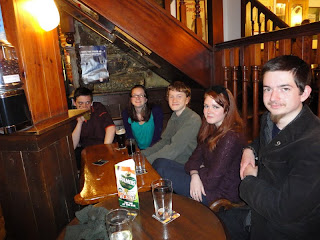 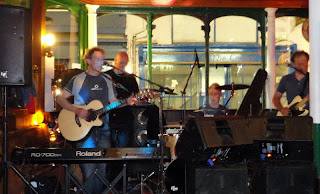 But last night we managed to all see the old man's band play...
Which was a nice thing to do, though I have to admit - I really didn't like the pub!
There were certainly a few characters around.
Being country bumpkins - a Friday night in a large town centre pub isn't really my idea of a good time & I just found myself feeling very uncomfortable in that environment, just so glad the kids were there too!
There wasn't any trouble, but it felt like there could have been at any time!
The band played well, but only the landlady of the pub seemed to really appreciate them.
Such a shame for great musicians to play to a disinterested crowd, but that's the way it goes...
I suppose these experiences will only spur the guys on to get what they really want & take a step up to the next level - where they deserve to be!
Here's a video of them performing California from last night. 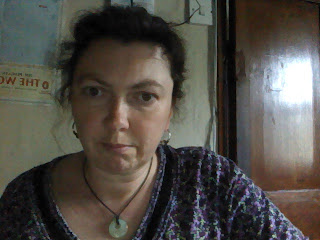 Karin said…
I wrote a reply to this yesterday and blogger lost it, so I shall try again.

It was pretty noisy in that pub, wasn't it? Let's hope it won't be long before the band is playing to audiences who actually want to here them, rather than just happen to be in the same venue, although some people may have been more aware of the music than seems the case.

I know what you mean about having all the family together. I'm looking forward to this weekend, when we are all going out together.
10 May 2011 at 09:57

Just Humans Being said…
Hi Mel & Karin, thanks for your comments... Always nice being with the kids!