May 17, 2011
We live in a small hamlet of 14 households - all on one lane, but spread out & mainly detached, apart from the 3 barn conversions across from us.
There have been a number of changes in the six years we have lived here, people moving in & out, houses renovated & extended, but for us - the worst thing is that the last few newcomers are city people. They have all spent thousands of pounds modernising their homes & turning them into fortresses. Fences & gates have been erected, security lights & alarms fitted...
I suppose most folks will think that they are being sensible, but it's changing the way our little place looks & feels & to me it seems that these modern extras will invite unwanted attention - it suggests there's something worth taking.What was once a simple, quaint little hamlet is fast becoming yet another exclusive part of rural Cornwall.
Only 3 of the 14 households are Cornish & they are all related, the rest (apart from us) are well off incomers.
Our house is owned by the local farmer, he & his children were all born here, as were their ancestors over the last 250+ years. We have a good relationship with him & his family - they are really lovely people, so we are very lucky.
We know a few of the other neighbours & enjoy a chat when we see each other, but there are some who won't have anything to do with us & we can only assume it's because they see us as inferior, but saying that - they don't make an effort with any of the other neighbours either.The heart is definitely being ripped out of our little community - ignorant, selfish people seem to be taking over! Our unlit lane is now illuminated with various security lights & fancy front door spot lights - it's just vulgar!
What a shame that these folks don't integrate & that they feel the need to shut themselves away.
The only time any of us see them is when they whizz past in their fancy cars.
We can only hope that some day soon they'll realise that they are not cut out for living in the sticks & will bugger off back to where they came from! 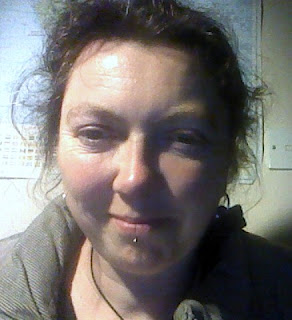 Anonymous said…
I don't understand why people have to move to the country and live like they are in the city. Stupid!!
Hopefully, they will get bored and go back to where they came from.
Hang in there!!
18 May 2011 at 04:38

Kath said…
What a shame it is like that for you, you strike me as a very friendly kinda gal.
I am amazed almost on a daily basis how friendly and accepting Glastonbury is, I have yet to put my finger on it, but it's one of the main reasons we moved here.
18 May 2011 at 11:50

Karin said…
They clearly find you and the other 'rough and ready' locals far too scary to talk to. If you didn't wave your cutlasses about so much they might not have felt the need to build fortresses to protect themselves from you. ;-)

I heard something on the radio about that, possibly today. I think they said there was a growing trend for people to live in gated communities. It doesn't seem like a step in the right direction to me.
18 May 2011 at 22:00

Just Humans Being said…
Thanks Mel - it'll be interesting to see how long they all last!

Kath - These people have just made their minds up on appearances probably, it must be Sime's hair - it frightens everybody off!

Karin - Very funny! We know of gated communities in the USA & saw a film about one in Brazil. It's really sad!