Choosing Our Own Path 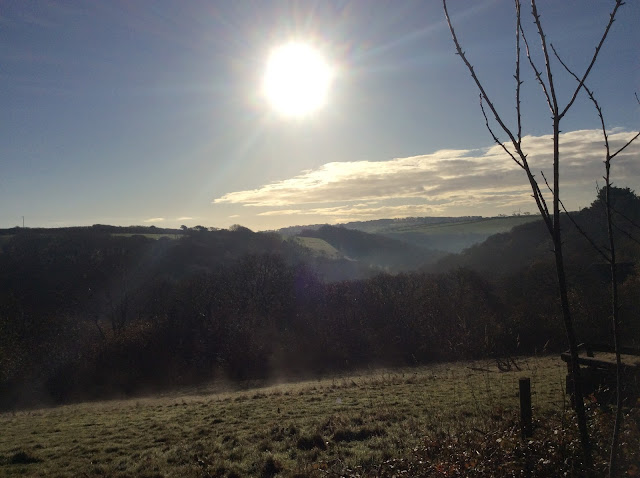 As a child, I think I drove my folks mad by always questioning them, whenever I was told to do something a certain way – I would ask why? More often than not, the reply would be “because I say so” or “it just is” which meant I never got a satisfactory answer.

Perhaps this is why I have gone through life always questioning and if the answers don’t make sense – I do my own thing, luckily I met someone who feels the same way and together we continue to follow our own path.

Why couldn’t I wear bright red woolly socks with my navy blue school uniform? Or a T-shirt instead of the silly round collared blouse? What was wrong with yellow or blue nail varnish? It was quite ridiculous that I was pulled up daily from my third year in high school for not conforming...I was sent to see the head teacher, given detention, but I continued to wear my own versions and actually enjoyed finding ways to bend the rules. I was told that the uniform was to give us a sense of belonging, an identity...really? Well I didn’t want to be part of a group identity. It helps to close the divide between the classes...hmmm I don’t think so. What about all the countries in the world where uniform isn’t worn? Do they suffer from identity problems or have no sense of belonging? I’m happy to say that they never managed to “break” me...don’t get me wrong – I was not a loud rebellious girl, just quietly stubborn.

For some reason I also decided not to get the TB and Rubella vaccines at school, I wasn’t part of a gang of rebels - just me...I was quite frightened of the idea of injections, so I conveniently lost my consent forms. I got away with not having the TB jab, but was then told that I could still have the rubella without the form, as long as I brought it in the next day. When the day arrived, I convinced my mum that I was ill and took the day off. Problem solved! She was none the wiser, as I had never presented her with the consent forms anyway. Later on, I was reprimanded with each pregnancy and force fed horror stories of why I should have the rubella vaccine. I didn’t and nor did I get the disease – everything was fine, as I knew it would be.

What makes some of us think differently? When we decided to get married, I suggested we elope – I really didn’t want to do the conventional wedding and knew both of our mums would take over and the day wouldn’t be ours. We chose to do it our way, a special license to marry the following week with 2 friends as witnesses and a weekend in Wales, staying in my grandparents’ caravan. We announced it on our return...my mum took it well, but Bebe (Sime’s mum) was not impressed! They both struggled with a lot of our decisions, because our ideas were quite unusual and radical in their eyes...from becoming vegetarian and then vegan, ditching TV, having homebirths, travelling with the kidlets, home educating and moving to rural Cornwall. We often wonder why we are so different to our folks and why we have never wanted a conventional life.

We love the simplicity of our lives – this is the route we have chosen, we have no desire to step in line and follow others. We question everything, research and carefully think about things we are told, hear or read. We are on a road of discovery; life is about learning and we don’t need to be told by anyone else what we can or cannot do.

Think for yourselves and learn what is true and good in the world, take care of each other and avoid being led down the wrong path. 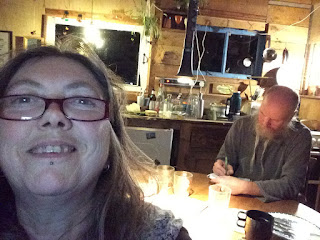 Lots of love to you all!