Got Our Dojo Working 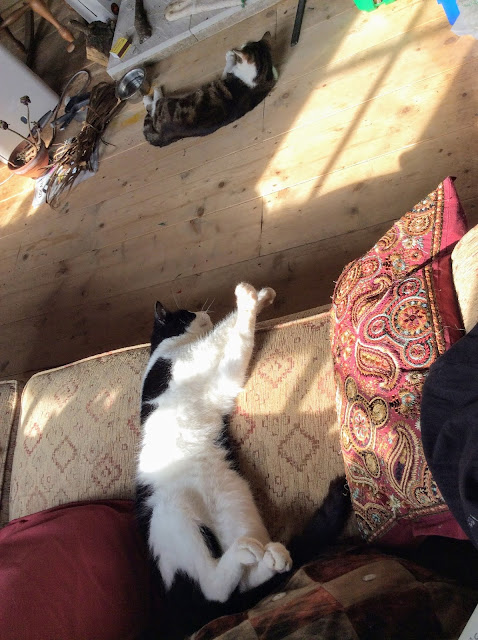 We first came across the intriguing story published in 1939 of Peter Kelder, Colonel Bradford and “The Fountain of Youth” from a book we picked up in Lanhydrock’s second-hand bookshop in 2017. We have no idea whether the story is fact or fiction, but it led us to start practicing “The Ancient Tibetan Rites of Rejuvenation” - five exercises which have been found to reverse the aging process and improve health by stimulating the energy centres.

The story in a nutshell is that Peter Kelder met Colonel Bradford, an elderly retired British Army officer during the 1930s. They became friends and Colonel Bradford talked of his travels and how he had heard about a monastery of Lamas (Tibetan Monks) who had discovered “The Fountain of Youth” and the older visitors of the monastery who mysteriously regained their health, strength and vigour. The location of the monastery was unknown, but the colonel felt a strong desire to find it...and so he did. He embarked on his journey of discovery and when he returned four years later – he appeared to be much younger; walking tall and without his stick, ruddy complexion and colour in his re-growth of hair.

Colonel Bradford went on to explain in detail about the five rites, which should be carried out in a specific order - starting off with 3 repetitions of each rite, increasing by 2 every week and eventually working up to 21 of each. He also felt other factors helped to rejuvenate...living in the mountains, walking and working out in the fresh air, deep breathing, sleeping well and eating simply - the monks mainly ate mono-meals; one food group at a time and ate proteins and starches separately and slowly, enabling them to easily digest their meals ...we now know this as food combining and perhaps Doris Grant’s diet was influenced by these Lamas!

We read our book “Tibetan Secrets of Youth and Vitality” in a couple of hours and spent time researching both men, we discovered that there are many versions of the book, but the original is called “The Eye of Revelation” and we decided to buy it. It’s a fascinating story and there are several videos out there of people doing the rites too.

Moving to the cabin has meant our floor space has been limited for a few weeks, while we sorted through various boxes and our daily rites routine dwindled...but we are back! Regardless of whether or not the Tibetan Rites will reverse aging - they do help with strength and in keeping us supple. 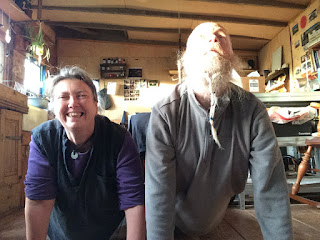 Have we too discovered “The Fountain of Youth”? Only time will tell...Hahaha!

Kath said…
What fun to be exercising together! I am intrigued by the Tibetan rites, the late Bruce Forsyth was a devotee. Apparently his new Mother in law gifted him the book when he married the lovely, and much younger, Wilnelia.
2 December 2020 at 20:23