October 21, 2012
Back in 2004, on a cold January day... The Smith family ventured out.
We had lived in Cornwall for nearly 2 years & enjoyed any days off exploring together.
This day we decided to visit Tintagel Castle, we had a home educating family membership & wanted to visit all the English Heritage sites we could.
We had Tintagel Castle pretty much to ourselves, apart from 3 other people.
We said Hello to them & thought that perhaps they were Dutch... As we were leaving, Hugo fell & grazed his knee, Maggi offered some herbal cream & we got chatting...
Maggi, Pierce & EJ were an American band called the MPE Band & were on tour in the UK, then were going off into mainland Europe.
Maggi asked if we home schooled & did we know a book called Stargirl? In their teens, Sal & Rose were massive readers & yes they had read the book... They all talked about their love for the story, so much so, that we read it very shortly after that meeting...

We soon went our separate ways & vowed to check out the MPE Band. We did, we all loved it, so we bought their latest album. I think we emailed them to say how much we loved it & some how ended up getting them a gig at Hesfes on their return to the UK. A little later on that year, the MPE Band returned to Cornwall - but we were going off to France on holiday... So we left our key for them.

Here's a film the guys made some years ago...


The MPE Band was eventually put on the back burner, as Maggi & Pierce fell in love & their music was changing...
Little D came along & together with Pokey, their black Labrador they have travelled around the USA in their Airstream, performing as Lucy Tight & Wayne Waxing in Hymn For Her...

Pokey sadly died earlier this year, so next year's album will no doubt feature some songs about him. 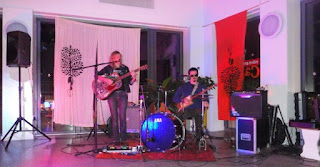 The Eden Cafe in St Austell. 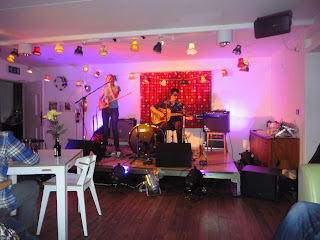 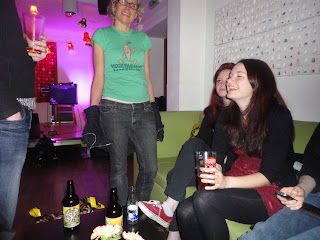 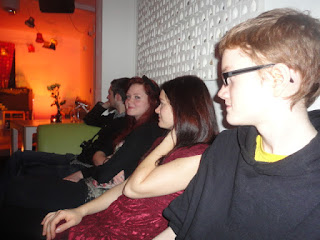 Nice having all the family with us too. 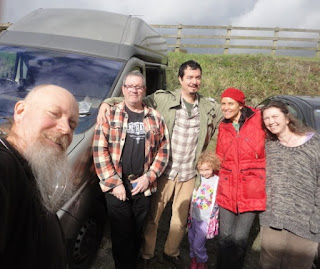 Hymn For Her with tour manager just about to leave Cornwall...
It was a pleasure having them all stay, not only are they talented musicians - but lovely, lovely folks!

Check our their Tour Dates & see them if you can, you will not be disappointed!

Anonymous said…
They sound like such wonderful people to know. We love their music! Such an adorable Airstream, too.

Just Humans Being said…
Hi Molly, I hope they visit your neck of the woods one day - you'll love them!