Each year on 27 January the world marks Holocaust Memorial Day (HMD). HMD has been held in the UK since 2001 and the United Nations declared this an International event in November 2005. 27 January was chosen as the date for HMD because it was on this date in 1945 that the largest Nazi killing camp Auschwitz-Birkenau was liberated.

HMD is about remembering the victims and those whose lives have been changed beyond recognition of the Holocaust, Nazi persecution and subsequent genocides in Cambodia, Rwanda, Bosnia and the ongoing atrocities today in Darfur. HMD provides us with an opportunity to honour the survivors but it’s also a chance to look to our own lives and communities today. Genocide doesn’t happen overnight, it’s a gradual process which begins when the differences between us are not celebrated but used as a reason to exclude or marginalise. By learning from the lessons of the past, we can create a safer, better future.

In September last year we were in Northern Germany, so took the opportunity to visit the site of
Bergen-Belsen Concentration Camp. 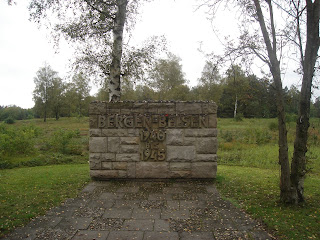 When our girls first came out of school, they both decided to do a project about WW2 & as part of that - we read Anne Frank's diary. In 2007, we visited The Anne Frank Museum & so it felt like a continuation of Anne's story to go to the place where she & her Sister, Margot died. 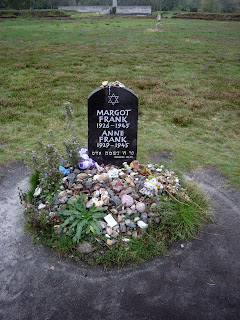 They both died of typhus just months before the camp was liberated. 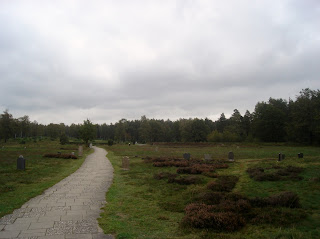 The memorial site is as sombre as it should be & there are mass graves dotted around.
We just saw about a quarter of the camp, which was completely burnt down after liberation because typhus had been so rife. 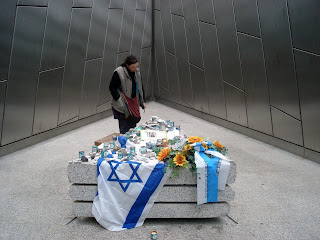 A shrine on the site. 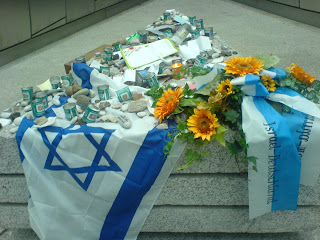 People from all over the world had left their messages, it was very moving! 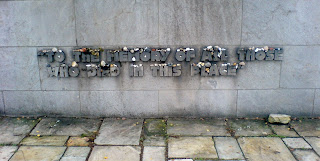 Over 50,000 prisoners lost their lives at the camp, along with over 20,000 POW.
The visitor's centre finally made us crack - reading extracts of prisoner's diaries, seeing photographs & watching film footage.
It was a truly upsetting & humbling experience, but we are glad that we have seen it.
Something that really struck us was how many of those prisoners were able to remain optimistic throughout all the cruelty & terrible conditions.
They would write about how grateful they were to be alive, that they continued to wake to live another day was a blessing! 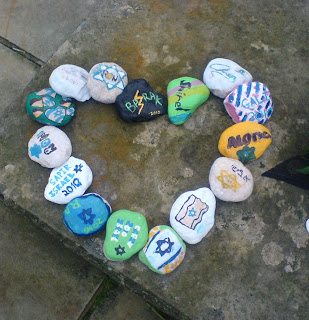