on January 23, 2011
Bonjour et bienvenue au dernier blog.
The title of this blog is misleading. The Knights Templar don't feature. There are no mentions of Freemasonry, Priories of Sion or Nectar Cards. However, we are in an area steeped (like a proper cup of tea) in history. The Cathars feature heavily in local guide books as does Mr.Bloodthirsty himself, the ever tetchy Simon (no relation) de Montfort (more later).
Following a light petit dejuner of eggs, toast, good old baked beans and champignons, we decided to make the most of the sunshine, so had Jean Luc lash the steeds to the chariot and steer us in the direction of our destination for today - the charming Cite de Minerve. 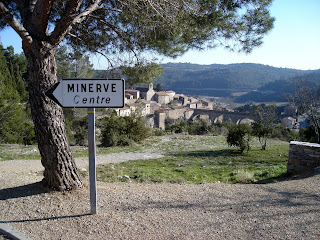 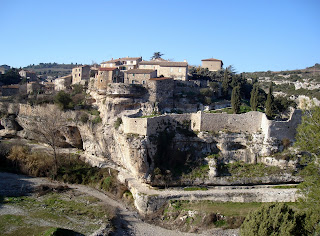 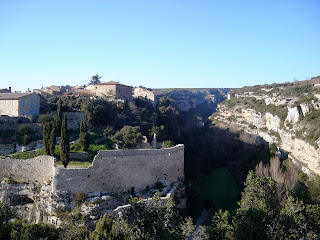 Listed as one of the most beautiful villages in France, Minerve or Menerba in Occitan has had a troubling time of it, but now it's a pleasant place to spend a couple of hours- especially this time of year when the little streets are deserted and you can snap away on your smart phones to your hearts content. I wondered if they had as much dog crap back in the 13th century as they did today as the pull-tie from my new (and for a change GREEN) combat trousers dragged it's sorry way through a semi-fresh pile. they don't tell you about that in the guide books DO THEY?

Well I'm not going to write reams about Minerve's history, except to say that it seems to have been mostly under attack since it was founded. There it is in the middle of nowhere, minding it's own business, then around 1209 (just after lunch), Simon de Angry and thousands of Knights no longer content with enslaving Europe, decides to smash up a few castles and generally misbehave.There was all sorts of tomfoolery going on with his catapult -(you can see a full size replica) that some claim not only hurled large stones at poor Minerve, but also dead and rotting animals. Nasty burning of people occurred too. Altogether a most unpleasant experience. 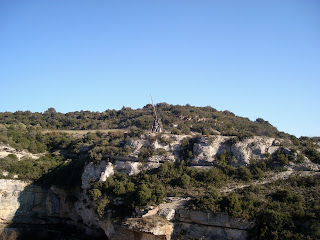 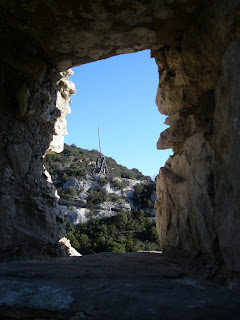 Moving on to 1355 (only 2 hours later) and The King of England's son The Black Prince pops round for a cuppa and ransacks the place. For goodness sake, leave 'em alone will ya! There's all sorts of disharmony going on around 1562 to 1598 following eight religious wars (aren't wars all religious?) What's this I hear-World War two wasn't religion based? Well, you're wrong . Nazism was a religion. I've done my research.
Anyway -there's more.... A chap with the unlikely moniker of Captain Bacon allegedly surprised the castle. This is most unlikely believe me. I once went "Boo!" to a Chateau in the Loire. The Chateau remained resolute and I was taken away by a Gendarme for observation. There followed a period of immense boredom, some demolition of quaint structures and nothing much at all. That is until 1907 and The Revolt of the Winemakers of the South. I've no idea what they rebelled against, but 6 people were killed apparently. Finally, in 1984, not only did George Orwell's prophecies come true, but the population of Minerve dwindle to a miniscule zero. Ouch!  Some gluttons for punishment started to return. A few potters, craftspersons and  Eureka! in 2007 a splendid car park was built to accommodate the 300,000 zombies that traipse around, buying overpriced bud vases and stuffing their fat faces with pizza. Still, as I say, visit in January when the undead are thinly spread, the poterie retailers are sunning themselves in Corsica and the dog crap is fairly avoidable. 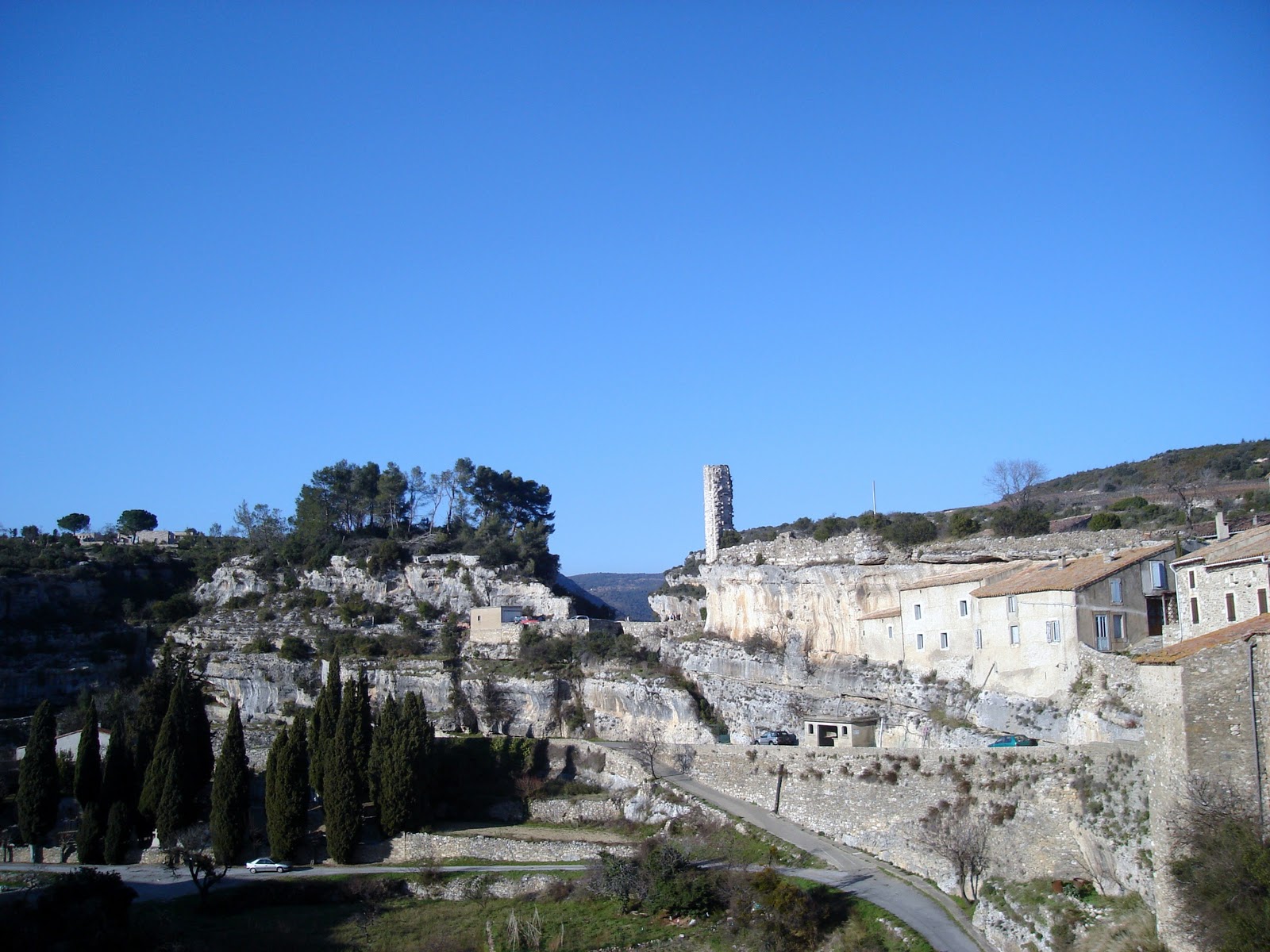 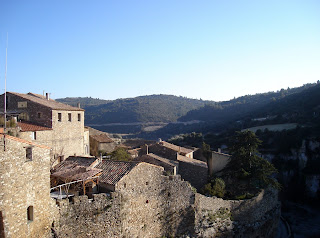 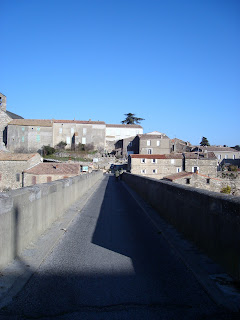 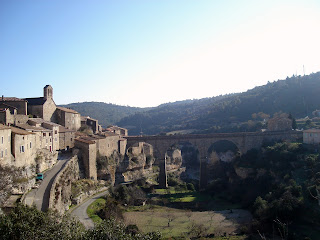 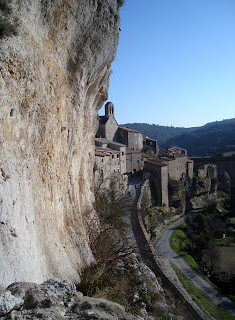 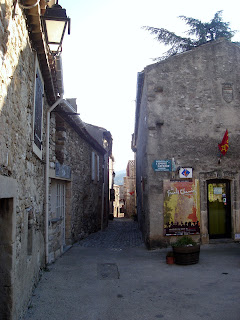 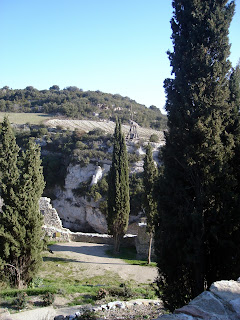 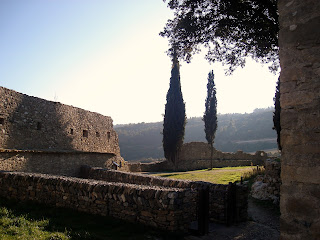 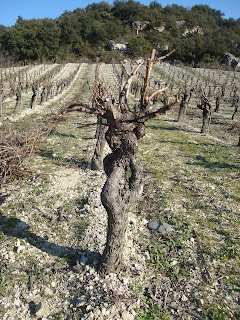 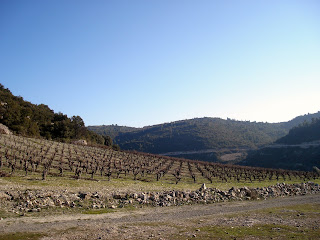 Karin said…
Looks lovely, in a rugged sort of way, but what a horrible history: the place where the 140 Cathars were burnt to death and all in the name of the man who said 'love one another' and 'do not judge others'.
23 January 2011 at 22:00