A Murky Start in France 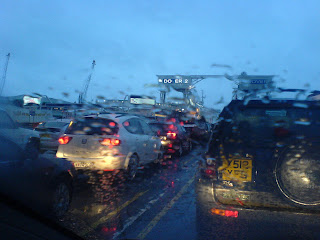 On arrival, we discovered that the ferry was delayed, so we sat in the car - while the rain poured down! 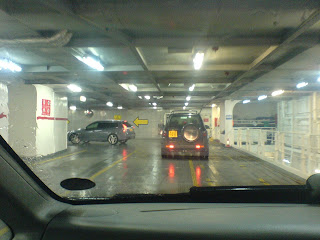 At last we were allowed to drive on. 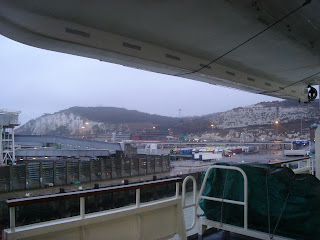 The white Cliffs of Dover! 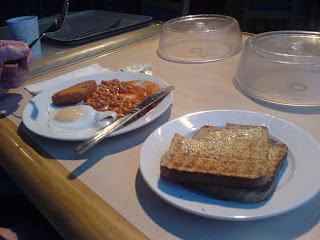 The nice thing about going away this time of year is that the ferry was quiet, so we had breakfast in peaceful surroundings! 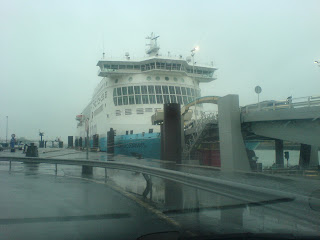 Just off the ferry & into France... 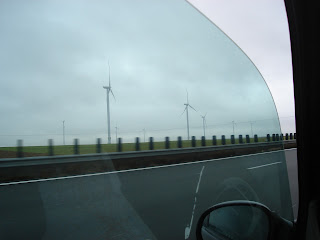 We haven't really seen many wind farms in France - this is just before Paris on the A1. 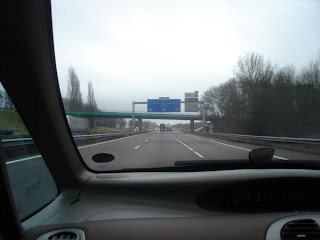 Outskirts of Paris, we decided to bypass the city, as we have driven through it on several occasions, but 4pm in the week isn't a good time to be anywhere near the Peripherique!
It soon went dark after this photo & we still had 5 hours driving to do...
Arrived at our hotel just after 9pm & discovered that the one veggie meal in the restaurant was unavailable! So the staff very kindly gave us free wine & rustled up some roasted veg with bread & salad. :)
We are in the north of the Auvergne, so the long drives are out of the way - tomorrow, just a 2 hour drive to Le Puy en Velay, where we'll be staying for a couple of nights - phew!
Ok, Bedtime - poor Hugo has a bed only suitable for small children & midgets, whereas our bed is a queen sized monster. Nevermind it's only for one night!
Goodnight xx