on January 31, 2011
Thank goodness the rain had gone off yesterday, which enabled us to have a full day out looking at a bunch of old buildings in the freezing cold...

At least being outside in the fresh air meant not having to put up with Sime & Hugo playing violent balloon games (until they accidentally head butted each other & ended up with sore heads), watching complete rubbish on the TV & their favourite pastime - ganging up on me & driving me mad...

Anyway, we chose to visit the Pont du Gard & then on to Nimes to see the Roman Ampitheatre & Temple - all pretty impressive! Just a shame the Roman influence has since gone from the city, leaving it to revert back to the rough hole it probably was before they arrived... 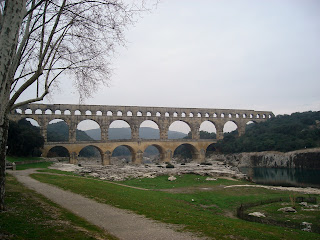 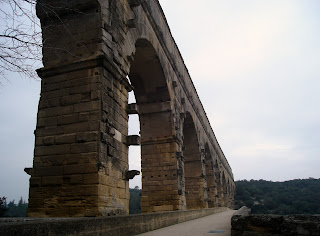 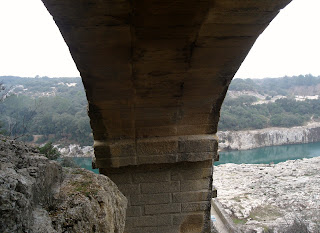 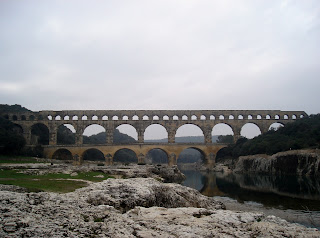 As Sime thought, we did have to pay to see it: 15 euros for a car & all passengers, but it lived up to expectations! 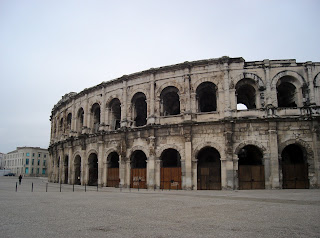 Next, the Ampitheatre in the centre of Nimes. 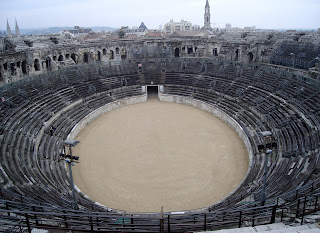 It's actually still used for musical events & twice a year - they have bull fights! 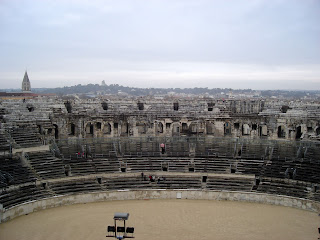 I'm on the other side somewhere... 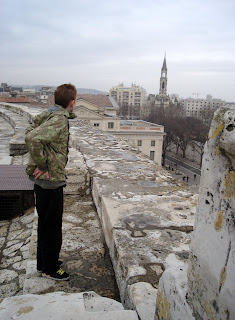 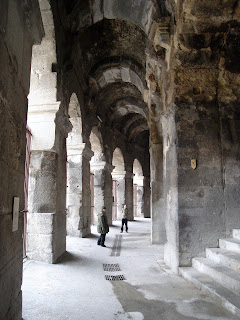 And yet another quiet attraction. 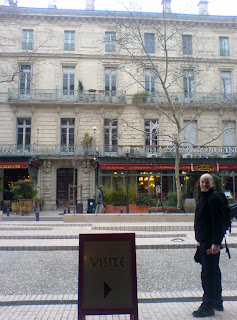 Nimes has tried to give an up market face-lift to the city, but just around the corner from here was quite awful & we left feeling very uncomfortable. 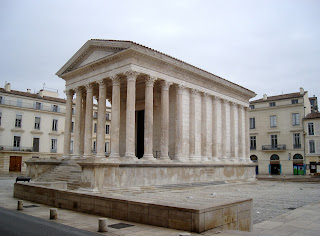 The Temple, which is now a theatre. 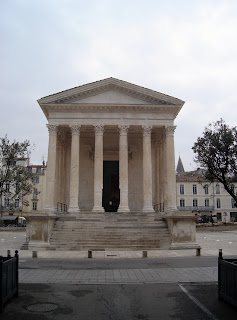 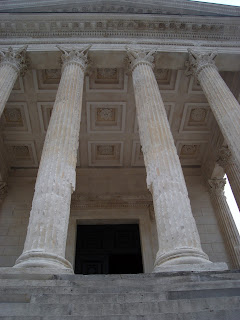 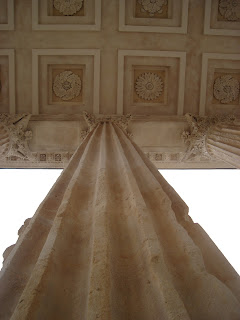 Sime's enthusiastic photography!
It was a great day out, though cold & exhausting!
So another day taking it easy today...

And planning the journey for our return trip, which begins on Saturday!
Kay :)
Nimes Road Trip Roman Aqueduct