January 03, 2011
Yesterday was our first day of our No Impact Experiment - here's some info from YES magazine, which explains all about it:

We've thought about consumption, things we can cut down on or cut out altogether - we're pretty sorted with that one & don't really do a great deal of purchasing, none of us are into fashion & we wear our clothes until they can no longer be repaired, most of which are from charity shops. Our furniture is mainly second hand or really old & we're not into gadgets (although we do have computers). We have a very old television that we can watch DVDs on, but we don't have a TV signal. We have an old radio from the early 1960s, which allows us to listen to Radio Cornwall or Irish & French stations! We also have an old record player from the 60s too, it has a lovely crackly bass sound. 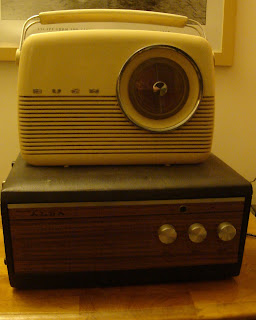 Today we've looked at our rubbish & discovered something we hadn't given any thought to - cat food! We're so busy thinking about what we're eating that we'd just not thought about the awful pouches we've been buying for the cats, so far that's all we have in our bin... Is it better to buy the canned food? Unfortunately, the cats were both established Whiskas eaters when we had them from Cat's Protection, so they howl if we try giving them just dried food! Perhaps we should persevere, then at least we could buy food in paper instead of cans or foil.
We are lucky that in Cornwall, we do have a good kerb side recycling service, though after watching "The Story of Stuff" - it's still not good enough:

Tomorrow is looking at transportation, if we were working it would be very difficult to do without our car, but we are going to go into St Austell on the bus, as we have some books to return to the library. It's a mile walk to the bus stop, so it'll be good for us to get out & do stuff - we haven't used public transport for a long time (which is embarrassing), Will take plenty of photos!

Karin said…
Good luck with your 12 mile bus ride. Going to the library sounds like quite an expedition.
4 January 2011 at 14:33